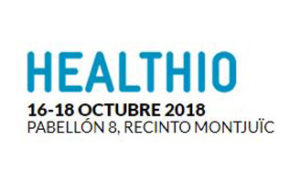 The HYPOSENS #H2020 Project was at #Healthio Healthcare Fair, along with other important medical innovations, from October 16 to 18 at Fira Barcelona.

The project presentation took place on October 18 at 11.30 am, in: Agora 2, space of Pavilion 8 of  Fira de Barcelona in Montjuïc.

During this Health trade event that took place in Barcelona from the 16th to the 18th of October, KIM made a short presentation on Hyposens and participated also in a stand that aimed at disseminating the project among event attendees. It attracted the attention of several people and few leaflets and short explanations directly on the promotional stand were made.